The company (name of the company) has opened an investigation against them. The company (name of the company) would like to make this clear that both the employees would be subjected to a fair trial and would be allowed to provide proof and justifications for their actions. The investigation team would investigate all the details of the accounts and the justifications provided by both the employees and asses if the allegations made are true or false.

Moreover, the company (name of the company) has made another decision regarding this matter. The person’s name who reported these allegations would be kept a secret till the final decision.

It is advised to all the employees to come forward and tell the investigation committee if they know anything regarding this matter. Like the first person who made the initial allegations, anyone else who comes up with any information regarding this situation should feel safe as his name too would be kept a secret. 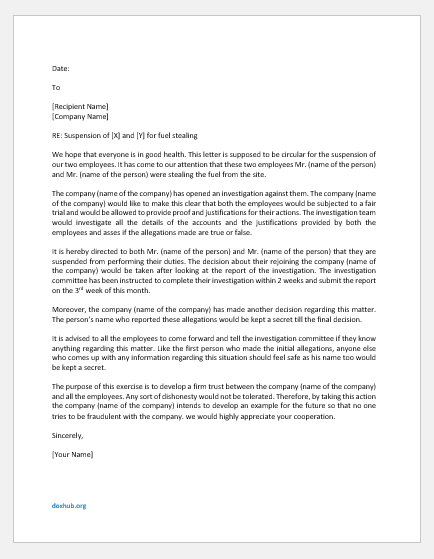 The purpose of this action is to find the black sheep in the company.  Your support for the company would be highly appreciated. 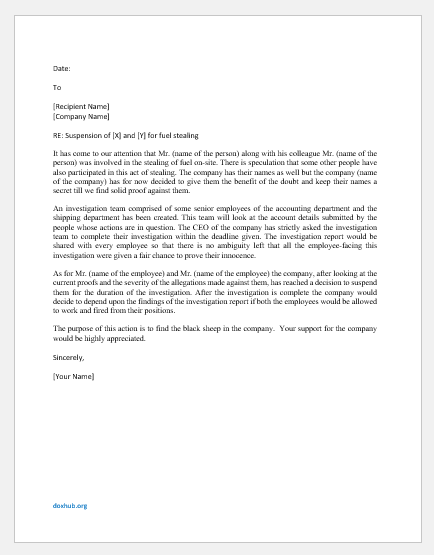